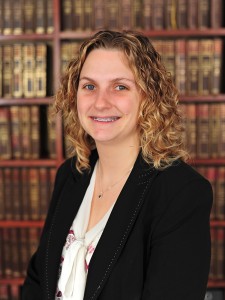 Ashley Sayle has now been accepted for a training contract with Laurence Keenan Advocates & Solicitors, commencing October 2013.  Ashley, originally from Peel, in the Isle of Man joined the firm in February 2013, having spent some years working as an administrator, and then as a Court Clerk, at the Isle of Man High Court.

Laurence Keenan, Senior Director of the practice said ‘Ashley brings with her a great wealth of knowledge of the court system and the practice and procedure of our civil system.  However, during her time with the firm so far, and certainly into the future, I am confident that she will compliment that knowledge with a broad variety of legal issues during her training with the firm and is already a great asset to our team.’

When commencing with the firm, Ashley undertook a wholesale review of the firm’s Corporate Service Provider arm, Laurence Keenan (Fiduciaries) Limited, and various other compliance and commercial matters.  Since that time, she has developed her skills in property law, and a diverse range of litigation from family, employment to dispute resolution.

Filed under: News by LKWebAdmin
Comments Off on Courting a new Future